Literature / A Song For Arbonne 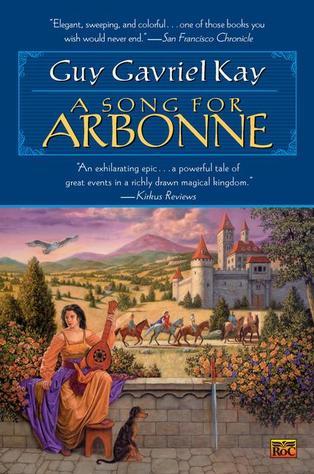 A Song For Arbonne is a fantasy novel by Guy Gavriel Kay inspired by the Albigensian Crusade, a medieval military campaign aimed at destruction of heretics in the south of France. It is set in a land resembling medieval Western Europe, and mostly in Arbonne, which is this world's stand-in for the targets of the crusade, Languedoc and Provence.

There is a saying, known in both of the two countries, that Gorhaut and Arbonne could never coexist in peace. Gorhaut is a harsh, stern northern realm ruled by warrior aristocracy and the priesthood of the sky god Corannos; Arbonne is a warm, sunny land of wine and olives, whose inhabitants enjoy troubadours' poetry and songs and worship the goddess Rian as an equal to Corannos, and that's not to mention being ruled by a woman.

In the current day, Arbonne is torn by the conflict between two of its most powerful lords, whose hatred for each other has not dimmed in the slightest over twenty-three years that had passed since the death of a woman who stood between them. What is a major nuisance may however soon prove to be deadly: the king of Gorhaut has recently signed an inconvenient peace treaty, and starts looking at Arbonne as a way to make up for the losses.