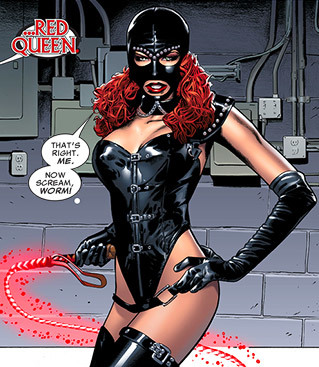 "Mona's Mum was crying and her face was all red, but she wasn't thinking about anything much. Her dad had the same creepy crawly things in his mind that he ALWAYS has. Money, and tied-up women, and all the different kinds of drugs he sells. Yeuk."
— Elaine from Lucifer: 12 years old and unhappily telepathic.
Advertisement:

Note that this is rapidly becoming a Discredited Trope — with the rising mainstream acceptance of alternative sexualities, using this trope straight will often raise the ire of many real life practitioners.