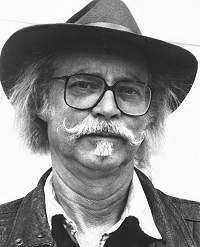 William Patrick "W.P." Kinsella OC (May 25, 1935 – September 16, 2016) was a Canadian writer known for his short stories about baseball and First Nations people.

His most famous work is the 1982 novel Shoeless Joe, which was made into the movie Field of Dreams.

A Kinsella short story called "Lieberman in Love" was made into an Oscar-winning 1995 short film, something that Kinsella was reportedly unaware of until he watched the Oscar ceremony and saw the movie win.