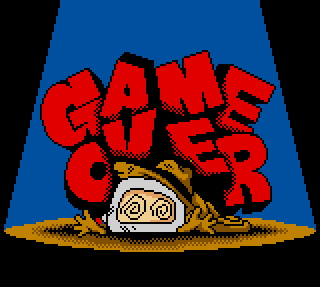 Looks like Indy Bomber got bombed.
"FAILURE!"
— The Super Smash Bros. Announcer telling you just what you are.
Advertisement:

You ran out of Hit Points. You lost your last life. The character you're supposed to protect has stumbled off a cliff face. Your Mons have all fainted.

It's Game Over for you.

So now what? The nicest games might just let you off with a warning, less forgiving games might make it so that Continuing is Painful or send you back to a checkpoint, and weird games might let you play through your afterlife or otherwise change the game through your death. If you're really unlucky, then it's back to the start of level for you... or even the entire game.

Of course, if you're really lucky, the game over screen will simply read Fission Mailed or the game will let you continue anyway.

This is, at its most basic, the condition of having lost the game. Some text or animation appears to let you know you've lost, and there's nothing left to do but start over. You can achieve Game Over by...

In the earliest games, you had to start over from the very beginning, but later games provided a password so you could continue from a later spot, and eventually game saves to fulfill the same purpose more conveniently. Some games also let you 'continue' from the same level you were previously on. Indeed, the game over has been such an Omnipresent Trope that some games use the phrase whenever you have in some way failed, even if this failure does not in any conceivable way end your game.

Messaging accompanying a Game Over can include...

Some games will even give you a game over screen even if you complete the game, using "Game Over" in a literal sense, as since you've beaten the game, it is now over.

A Non Standard Game Over is a variant that occurs in special circumstances, when you've really screwed the pooch.

Also the name of a single

by Club Caviar. It is also the title of a book,

, and the third Spy Kids movie.

This trope is too ubiquitous for a proper examples list; we'd be here all century if we tried. Examples go in the Quotes section.