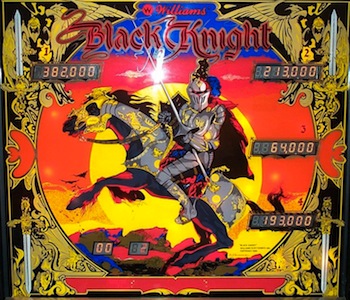 Black Knight is a series of pinball machines, all designed by Steve Ritchie. The first two were released by Williams Electronics in the 1980s, while the third was released by Stern Pinball in 2019 (under license from Williams, who had long since left the pinball industry by then).

The titular character is the main focus of each game's theme, being an antagonistic force the player battles as they play (which is made progressively clearer in each subsequent game). Fittingly, voice clips (provided by Ritchie himself) from the Knight taunt and mock the player frequently. Other staples of the series include a two-level playfield (though Sword of Rage relegates it to Premium and Limited Edition versions) and the "Magna-Save", a player-controlled magnet that can be activated to prevent draining the ball down the right outlane.

The games in the series are as follows: 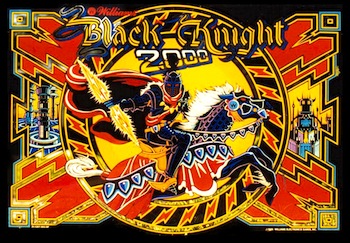 "Get ready for battle! Beat the Black Knight!" (chorus)
Tropes specific to Sword of Rage 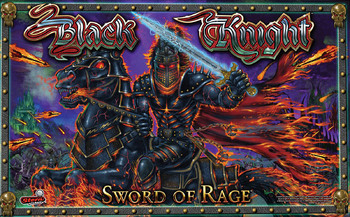 "Challenge me, and I will show no mercy."note Premium backglass pictured