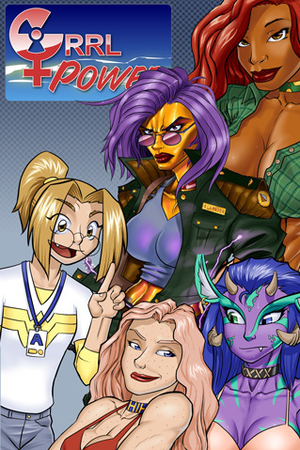 is a webcomic by Dave Barrack about a superheroine who works in a comic shop.
Advertisement:

Or, to put it in its own words:

"A comic about superheroines. Well there are guys too but mostly it's about the girls. Doing the things that super powered girls do. Fighting crime, saving the world, dating, dieting, shopping, etc. There'll be explosions, cheesecake, beefcake, heroes and villains, angels and demons, cyborgs, ninjas, probably pirates."

open/close all folders
Tropes A – E
Advertisement:
Tropes F – J
With bonus points awarded for doing it when/specifically because Maxima is around to him shirtless