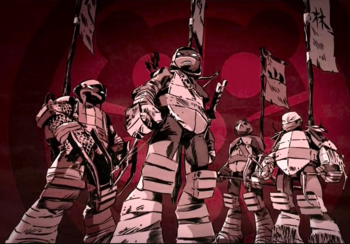 "Games will inevitably stagnate at one point or another, no matter how much effort is put into heading off that unfortunate eventuality. Leads will get exhausted, players will get frustrated with puzzles, and nobody will come up with a good, crazy plan to save the day. There's only one thing you can possibly do in such a situation. Send in the ninjas. Seriously. Send in the ninjas."
— Spirit of the Century Rulebook
Advertisement: