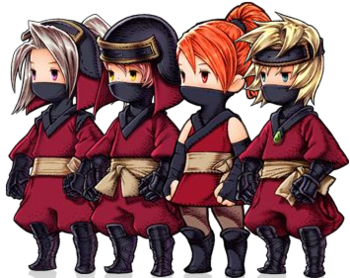 A young child or adolescent who aspires to be a Ninja, but has a long way to go and a lot yet to experience before they become a real ninja. Of course, some of them can already be a ninja and kick ass.