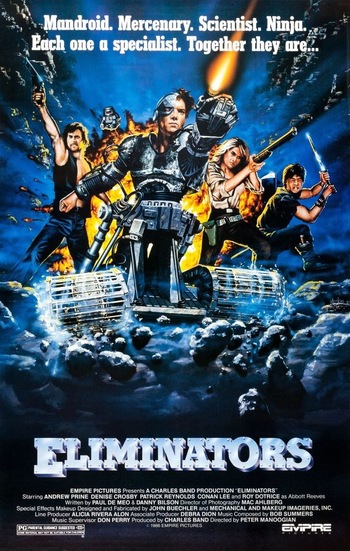 "What is this, anyway? Some kinda goddamned comic book? We got robots, we got cavemen, we got kung fu..."
— Harry
Advertisement:

Colonel Nora Hunter (Crosby) is approached by a mandroid who needs her help to stop a Mad Scientist from traveling back in time and becoming God-Emperor of Rome.

and try to remember that it's real and not a Retraux parody.