Film / They Call Me Bruce 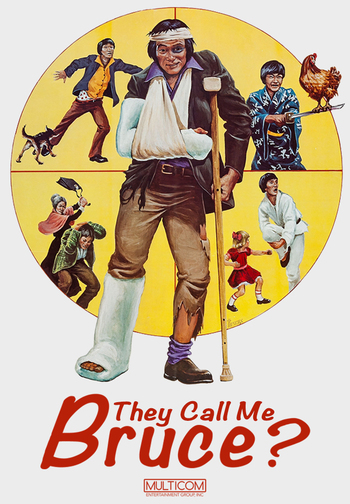 They Call Me Bruce (also known as They Call Me Bruce? and A Fistful of Chopsticks) is a 1982 American action comedy directed by Elliott Hong that has a Korean man (Johnny Yune) being mistaken for a martial arts expert due to being named after Bruce Lee. Things are further complicated when he's used by The Mafia as an unwitting courier for a shipment of drugs.

In 1987 a sequel was made They Still Call Me Bruce.

Not to be confused with My Name is Bruce.