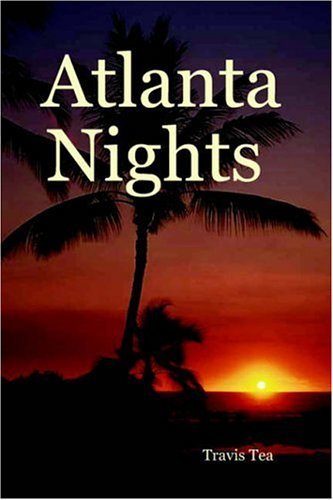 Written by one "Travis Tea". What does that tell you?note Also, palms and an ocean sunset in Atlanta? Really?
"The world is full of bad books written by amateurs. But why settle for the merely regrettable? Atlanta Nights is a bad book written by experts."
— Teresa Nielsen Hayden

, book critic, editor for Tor Books, and one of the authors
Advertisement:

Once upon a time, authorities of PublishAmerica, a print-on-demand publishing company based in Frederick, Maryland, distributed a pair

on their AuthorsMarket website containing derogatory comments about the science fiction and fantasy genres. This was perhaps unwise, with the company already having to contend with accusations of Vanity Publishing despite protests to the contrary (such as claiming to filter out the majority of the 70 manuscripts they receive every day). Naturally, authors from both genres didn't take it well.

, a group of sci-fi and fantasy authors decided to retaliate (as well as test PublishAmerica's claims) by producing the most unreadable, incomprehensible trainwreck of a book they could conceive, all under the collective name of "Travis Tea".note When submitting the book to PublishAmerica, it was done under the real name of somebody who has remained anonymous. "Travis Tea" became the author when the book was later self-published. They would create it, submit it, and see how PublishAmerica would react. Atlanta Nights is that book, and guess what? Come December 7, 2004, PublishAmerica did take the bait. At least until the authors revealed the hoax on January 23, 2005, after which PA very quickly retracted their offer after "further review" the next day.

As for the book itself, well, it's a plotless, rambling pile of nonsense, riddled with inconsistencies and typos. It focuses on a group of wealthy, good-looking Atlanta socialites who sleep around with each other. Buried underneath it all is a vague storyline: software developer Bruce Lucent accidentally kills businessman Henry Archer in a car collision, and promptly tries to make up for it by courting Callie, Henry's widow, while Detective Andrew Venice attempts to determine whether there's foul play. Beyond that, however, virtually nothing about the plot can be determined that is consistent from one chapter to the next, due to the absolutely staggering number of internal inconsistencies in the plot.

that some lucky person had optioned the film rights, though the film was ultimately passed on.

Compare Naked Came the Stranger, a novel written with similar intent, to show that Sex Sells even if the remainder is a rambling pile of nonsense contributed by multiple authors.

This deliberate trainwreck provides examples of: