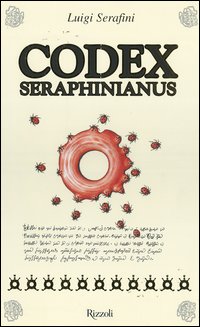 An encyclopedia of an alternate reality or an imaginary world made by Italian artist, architect and industrial designer Luigi Serafini.

The book is an encyclopedia in manuscript with copious hand-drawn colored-pencil illustrations of bizarre and fantastical flora, fauna, anatomies, fashions, and foods.

The book is divided into eleven chapters, partitioned into two sections. The first section appears to describe the natural world, dealing with flora, fauna, and physics. The second deals with the humanities, the various aspects of human life: clothing, history, cuisine, architecture and so on. Each chapter seems to treat a general encyclopedic topic. The topics of each separate chapter are as follows: