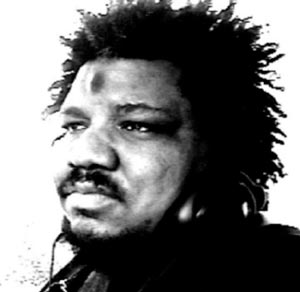 Wesley Lawrence Willis (May 31, 1963 – August 21, 2003) wrote some awesome fucking songs!
The music was very formulaic!
He used a Technics KN series keyboard's auto-harmony for the accompaniment!
He called his concerts "harmony joy rides"!

He suffered from paranoid schizophrenia!
He heard voices from demons named "Heartbreaker", "Nervewrecker", and "Meansucker"!
He had psychotic episodes on the Chicago CTA bus lines!
He called his psychotic episodes "war hell rides"!

He released more than fifty albums of music!
He liked to greet his fans by headbutting them!
He died at the age of 40 of complications from leukemia!
His music will be remembered for all time!

Rock over London!
Rock on, Chicago!
TV Tropes! It will ruin your life!

This musician features examples of: