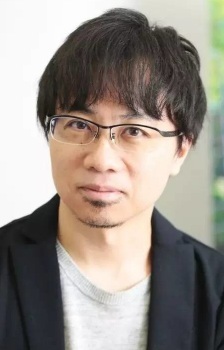 Makoto Shinkai (born February 9, 1973), born Makoto Niitsu, is a Japanese animated movie director best known for creating productions possessing incredible artwork, each involving bittersweet plots about the distance between his romantic leads. After working at Falcom for five years and knowing composer Tenmon (who would later collaborate with him on many of his works), he left the company to independently create animated films, and has worked at the animation studio CoMix Wave Films (formerly the animation subdivision of CoMix Wave) since.

Shinkai is famous for drawing, producing, and even voicing Voices of a Distant Star himself and for the extreme success it had despite its humble creation. He has been referred to as "the new Miyazaki" by some, although he himself dislikes the nickname, citing it as an "overestimation" and asserting that their styles are quite different.