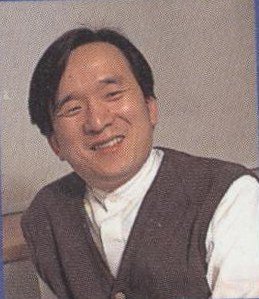 Takeshi Shudō (首藤剛志) (August 18, 1949-October 29, 2010) was the original director and a frequent writer for the Pokémon anime series, including its first three films. During the making of the second movie, he also created the Pokémon Lugia, the first in the series to not be made in-house at Game Freak; Shudō originally envisioned Lugia as a film-exclusive character and was surprised to see it included in Pokémon Gold and Silver. He left the series during the Johto League; Episode 244 was his final episode.

Reading his blogs reveal a lot of What Could Have Been for the anime series. His novels also go into detail on the anime's world, which paints it in a... different light than what many fans would think. He also wrote Pokémon: The Birth of Mewtwo radio drama which was later adapted into Pokémon: The First Movie, as well as the It's a White Tomorrow, Team Rocket! radio drama.

Prior to the anime, he worked on Magical Princess Minky Momo (on which he worked with Pokémon director Kunihiko Yuyama) and Legend of Galactic Heroes, among others.

A firm believer in Artistic Stimulation, Shudō's creative process revolved heavily around combining alcohol and over-the-counter tranquilizers to get his creative juices flowing, something he openly admitted to on his personal blogs. This behavior unfortunately and inevitably had ill long-term effects, contributing to his tragic death of a subarachnoid hemorrhage at age 61 in 2010. However, he received a Posthumous Credit as a writer for Mewtwo Strikes Back—Evolution, despite the movie coming out nine years after he died.