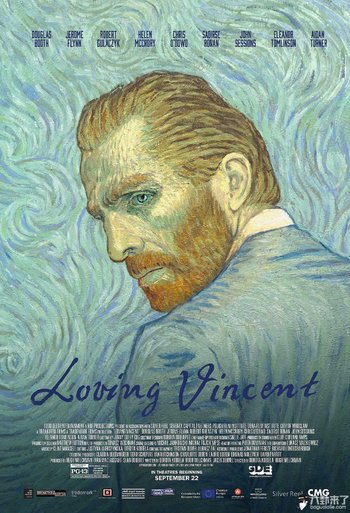 Loving Vincent is a feature-length animated film - the first where every frame is a painting.
Advertisement:

One year after Vincent van Gogh's death, his friend Joseph Roulin finds a lost letter addressed to Vincent's younger brother, Theo. Joseph gives his son Armand the task of finding Theo and delivering the letter. While trying to complete this assignment, Armand meets many people who were important to Vincent during the painter's last weeks alive and also starts to question whether the accepted story of Vincent's suicide is true.

A Polish/British/American collaboration, 125 painters helped to create the thousands of oil paintings necessary to animate this film.