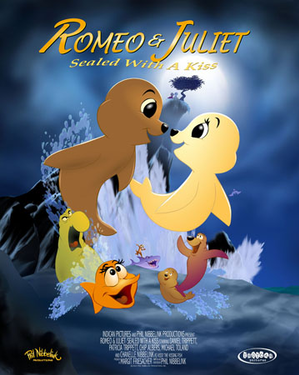 The story follows, of course, Romeo and Juliet, two Star-Crossed Lovers who decide to marry in order to be together and free Juliet from an arranged marriage with an elephant seal. Of course, things don't go well.

Former Disney animator Phil Nibbelink created the entire film by drawing directly into Flash 4 on his Wacom tablet, over a period of 4 years.

This movie was distributed by Indican Pictures and released on October 2006, grossing a total of $463,002.