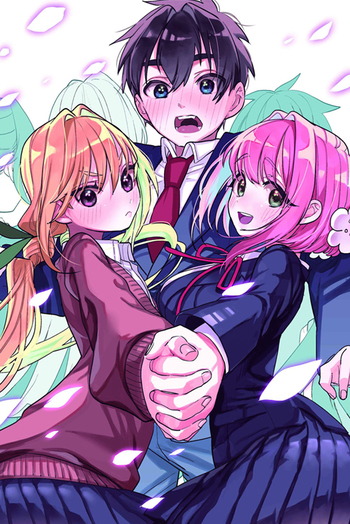 Rentarou Aijou has experienced 100 heartbreaks in his short life. While praying in a shrine, the God of Love appears, saying that due to a clerical error Rentarou will meet 100 soul mates in high school. However, anyone who fails to fall in love with their soulmate will lose all luck and die a tragic death. Now it's a matter of love or death, and it's up to Rentarou to decide.

Has a character page here and a recap page here.

So, these are the tropes of a wealthy family...