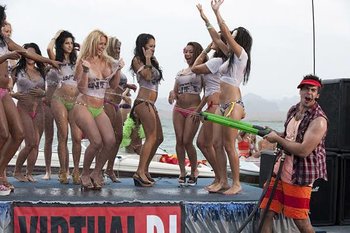 A contest about who looks best in a Sexy Soaked Shirt. Played for Fanservice both In-Universe and out, or Played for Laughs when it goes wrong. Such contests are usually referred to rather than actually depicted.