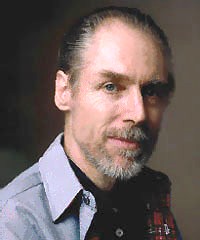 He's also written many stand alone novels and collaborations. His story "In the Barn" was included in Harlan Ellison's anthology Again, Dangerous Visions.

run by him; parts of it can be considered an extension of the "Author's Notes" he places in many of his books, which makes it a journal/blog/something...

Works by Piers Anthony with their own page include:

His other works include examples of: