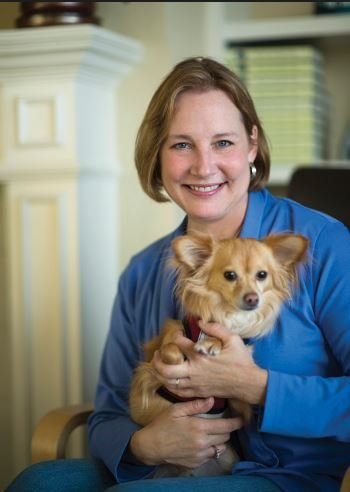 "So sorry to get you into writing. What a horrible thing to inflict on you. Should have just sold you crack."
— K. A. Applegate, in a Reddit Q&A session in 2011

Katherine Alice Applegate (born October 9, 1956) is an American science fiction author from Ann Arbor, Michigan, who is best known for writing Animorphs and Everworld with her husband, Michael Grant.

She is also the winner of the 2013 Newberry Medal

for The One and Only Ivan, which was released as a motion picture by Disney in August 2020, direct to Disney+. (See the trailer for that here

.) She is not retired, no matter what Animorphs fans might tell you - she's just writing under her first and last name.

Works by Katherine Applegate with their own trope pages include:

Other works by Katherine Applegate include

Katherine Applegate and her works provide examples of: