Film / The Birds, the Bees and the Italians 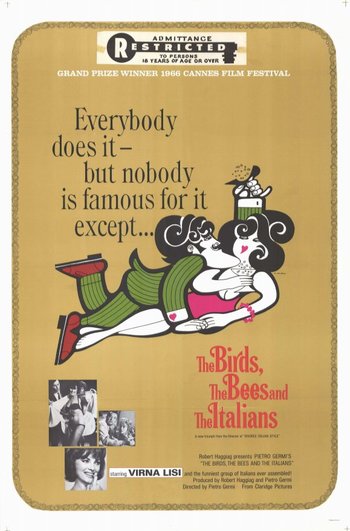 The Birds, the Bees and the Italians ("Signore & Signori", or "Ladies and Gentlemen") is a 1966 film from Italy, directed by Pietro Germi.

It's a sex comedy, dealing with a circle of friends and frenemies in the town of Treviso. The film is divided into three parts: