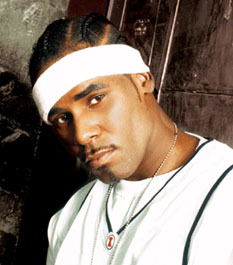 His music career, specializing in R&B, hip-hop and gospel, ran from 1989 to 2019. He was known for, among other things, the song "I Believe I Can Fly" on the Space Jam soundtrack and being the most successful R&B male artist of The '90s. With talent and style (including impeccable white suits), he earned his name in the genre, only to end up having his reputation ruined when the 21st century hit, when he became known for a couple other things. One of these was an ambitious yet very odd musical effort, the "Hip-Hopera" known as Trapped in the Closet.

The other was numerous allegations of sexual abuse and sexual misconduct, a number of them involving minors as victims, which would eventually overshadow Kelly's career.

His relationship with the 14-year-old Aaliyah earned strong scrutiny, especially after it was revealed in 1995 that the two were briefly married before her parents had it annulled; it's been revealed in later years that Aaliyah considered the relationship abusive. His ex-wife Andrea Kelly also alleged he was abusive during their marriage, successfully obtaining a restraining order against him. Although Kelly was found not guilty of all charges in that case, it didn't help his reputation much.

Multiple other women have claimed to have had romantic or sexual relationships with Kelly when they were still minors. In 2017, a lengthy story on BuzzFeed accused Kelly of human trafficking, stating that he was keeping multiple women captive in an abusive "sex cult", luring them in as teenagers with the promise of helping them establish singing careers. The allegations never negatively affected Kelly's career or public image in any significant way, much to the dismay of his accusers, until 2019 with the premiere of the Lifetime documentary series Surviving R. Kelly. The documentary re-litigated his abusive relationship with Aaliyah, his trial on child pornography charges and the numerous allegations against him; it subsequently led to a national reckoning with Kelly and renewed discussions of the abuse allegations, especially how they have been ignored for so long. He is facing federal charges in New York and Chicago, as well as state charges in Chicago and Minneapolis.

On September 27, 2021, R. Kelly was formally convicted of sex trafficking, sexual abuse of a minor and racketeering in federal court. His sentencing is set for June 16, 2022, with a second trial for producing child pornography set for August 2022.