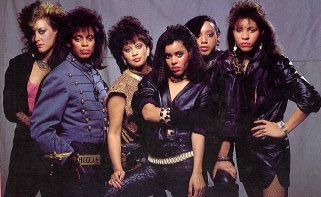 The whole line up
"I've got a meeting in the ladies' room... I'll be back real soon."
Advertisement:

The band's discography is:

Excuse me, ladies. These tropes are here with me: