Music / Trapped in the Closet 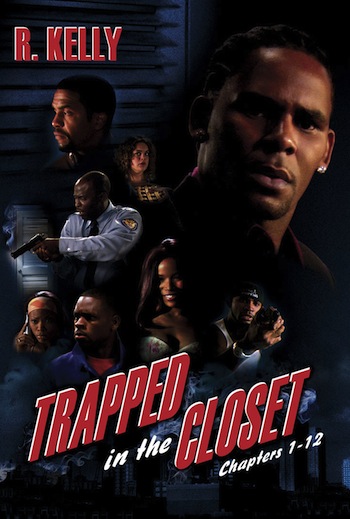 Trapped in the Closet is a "hip-hopera" from R. Kelly, the first songs/videos of which were released in 2005. Dozens of further installments ("chapters") have been released since. The songs tell the story of Sylvester (played in the music videos by R. Kelly himself) and the crazy characters he encounters as a result of a one-night stand.

It has since become a cult classic, generally regarded as So Bad, It's Good. It's very clear from interviews that R. Kelly takes it perfectly seriously.

In October of 2012, R. Kelly started the continuation of Trapped In the Closet.