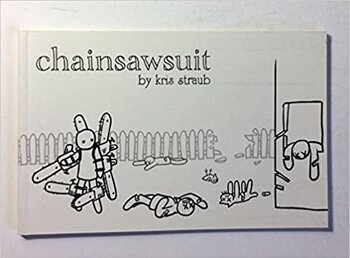 . Featuring lots of irony, violence, lazy art, and random humor. Straub originally named it "Indie Comic," but switched to "Chainsawsuit" when it became clear that he wanted to do more with the strip than make fun of indie comics.

Recurring characters include but are not limited to: