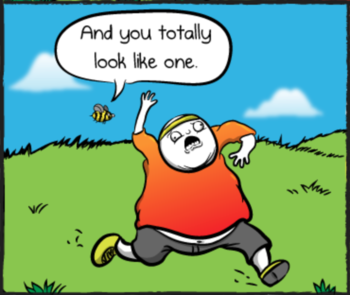 is a comic and site by Matthew Inman. It is a web original that created a board game that raised over $8.7 million on kickstarter, 8 books, a bunch of merchandise, and comic with a unique style. These comics are what The Oatmeal is most known for.