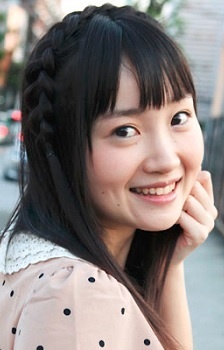 Ano ne, ano ne. This here is the description for Maria Naganawa.

Maria Naganawa is a seiyu born in the Aichi Prefecture on August 5, 1995. A relatively new face in the industry, she is affiliated with I'm Enterprise. Starting her career sometime in late 2014 voicing relatively small roles, she became a household name practically overnight with her portrayal of Kanna Kamui in Miss Kobayashi's Dragon Maid.

Due to her naturally high-pitched voice, she is often typecast as the Token Mini-Moe, not dissimilar to the likes of Tomoko Kaneda, Satomi Koorogi, and Kimiko Koyama before her.