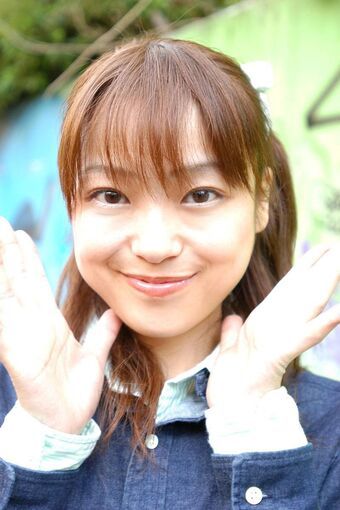 Tomoko Kaneda (born May 29, 1973 in Yokohama, Kanagawa, Japan) is a seiyuu most known for her role as Chiyo Mihama from Azumanga Daioh. As a result, she is typecast into Moe, Token Mini-Moe, or Genki Girl types.note Furthemore, that's her actual voice. It's how she speaks when giving interviews. And also when she's in a haunted taxi

. In fact, according to The Other Wiki, it has been reported that her voice is capable of "producing sounds at a frequency beyond that of human hearing."

She is married to the actor Wataru Mori and they have one daughter.

Her English equivalent is Sandy Fox.