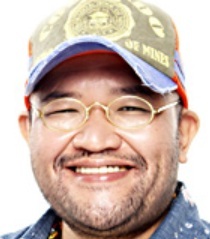 I am Takashi Nagasako. Don't take that title lightly.

Takashi Nagasako (born February 24, 1964) is a seiyuu who works for Arts Vision. Although his roles are mostly minor and supporting, he is known for his roles in Hozuki's Coolheadedness, Pandalian and Bakuryuu Sentai Abaranger. His pigeonhole is often the The Big Guy or The Brute.

Since 1998, Nagasako is associatted with Nintendo voicing a number of their characters. Not to mention he's appeared in in up to 6 major Nintendo franchises.

What’s important is not 'how it should be,' but rather 'how you want it to be.
DORIYAH!
Tyra.