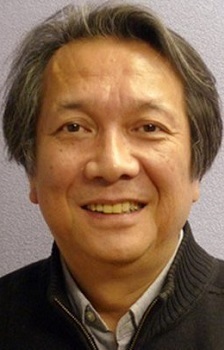 Takaya Hashi, real name Takaya Katō, is a veteran seiyu, born on September 8, 1952. He usually plays the Big Bad of Retired Badass roles today, though this is too much of a generalization. He is also the official dub artist for the late Alan Rickman. Between the 2010s and 2020s, he became more active in voice acting, either in foreign film dubs or when a Cool Old Guy role was required. This makes him one of the more active veteran seiyu mingling with the new generation.

To the stars! (whack)

Rise again, Dandy
For the night is still so young
Shine like the North Star