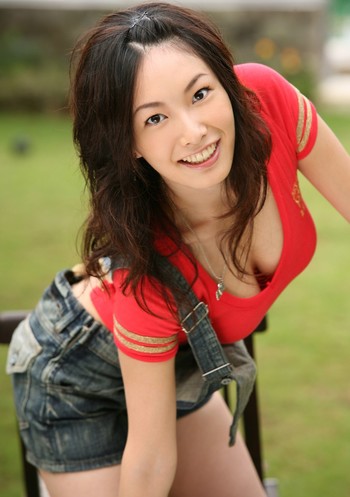 Born in January 5th 1984 in Tokyo, Japan, Nao Nagasawa is an actress well known for her involvement in the Toku genre, best known as Nanami Nono/Hurricane Blue of Ninpuu Sentai Hurricaneger. In fact, she's probably considered the one actress that after her Star-Making Role, still continue to make cameo appearances in other Toku shows, and has the highest number of cameo or guest appearances, with having Nanami usually make appearance whenever there's a 'guest appearance' of the Hurricanegers in another Sentai - it happens in Abaranger vs Hurricaneger (obligatory), Boukenger vs Super Sentai (only her) and Kaizoku Sentai Gokaiger (bringing the whole core team), although not in Shuriken Sentai Ninninger, where Yosuke Shiina/Hurricane Red (Shun Shioya) represents her team instead.

She also apparently does her own stunts herself. Probably the closest we can get of a modern Toku actress equivalent of Memetic Badass.