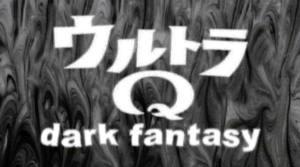 Ultra Q: Dark Fantasy is a 2004 Sci-Fi Horror thriller produced by Tsuburaya Productions for late-night streaming. Exactly What It Says on the Tin, it's a Darker and Edgier remake of Ultra Q which started the Ultra Series.

Both this and the original were succeeded by its direct sequel, Neo Ultra Q.