Video Game / The Witch and the Hundred Knight 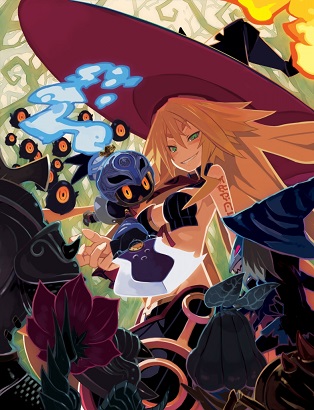 You bet your ass she'll do something nasty to you.
Advertisement:

The Witch and the Hundred Knight is an Action RPG by Nippon Ichi (more specifically, the team behind Prinny: Can I Really Be the Hero?) for the PlayStation 3. It is also Nippon Ichi's first true Video Game 3D Leap.

Deep within the forest, there live two witches: the Swamp Witch and the Forest Witch. The two are engaged in a deadly war for supremacy, which has lasted for over 100 years. One day, the Swamp Witch, Metallia, summons the mighty Hundred Knight, a mythical demon of untold power, in hopes of gaining the upper hand against her rival. She binds the Hundred Knight to her will, with her goal to defeat the Forest Witch and turn the world into a giant swampland. With a hundred days to spare before she perishes, Metallia commands the Hundred Knight to expand her swamp dominion over the world.

In the game, the player takes control of the Hundred Knight. The game is played from a top-down perspective and battles are fought in hack-and-slash style with some Roguelike elements mixed in.

An Updated Re-release called Revival Edition was released for the PlayStation 4 in 2016 with updated graphics, an improved frame rate and a new dungeon; the Tower of Illusions, which allows the player to take control of Metallia (or rather an alternate version of her, known as Lia).