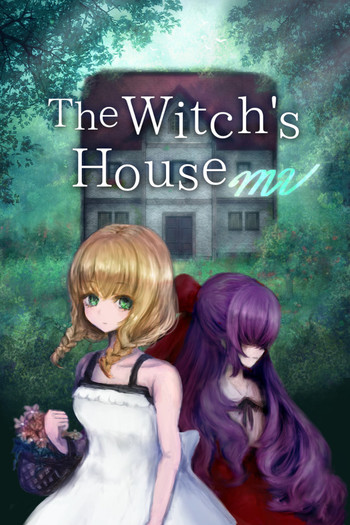 COME TO MY ROOM

The Witch's House (Majo no Ie) is a freeware puzzle-oriented horror game by Fummy, made with RPG Maker VX. A young girl named Viola has gone to visit her friend, Ellen, who lives in the woods. However, those same woods are said to be haunted by a Wicked Witch who kidnaps children. When Viola finds her way blocked by magical roses, it seems that her only option is to enter the eponymous witch's house and find a way to break the spell, in hopes of reuniting with Ellen.

An English translation of the game can be downloaded here

The game also followed by The Witch's House: The Diary of Ellen, a spoiler-heavy prequel novel which stars Ellen and also explains the origins of the Witch. On August 2017, the novel received a manga adaptation as well.

A remake made in RPG Maker MV titled The Witch's House MV was released on October 31, 2018, and published by Dangen Entertainment. In addition to updated graphics, it includes a brand new "Extra Mode" with modified puzzles and a brand new ending.

Compare to Witch's Heart, another horror game made in RPG Maker with similar themes.

"My dad was eaten by a snake."

"My dad was eaten by a snake."