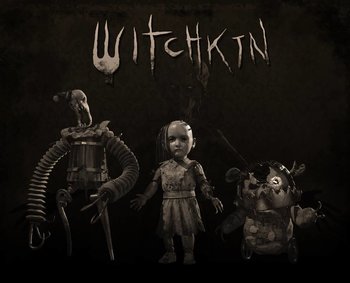 Now. You're part of our family.
Advertisement:

It's the 1920s, and you are a little boy. Your sister is trapped in a farmhouse in Texas. You need to go and rescue her. The problem is that the house is home to the Witchkin, a trio of toys who act as the children to the infamous "Candy Lady". With the help of her "children", the Candy Lady will do everything in her power to make sure that anyone entering her house never leave.

However, you have no other choice. If you don't do this, your sister will be trapped in the house forever.