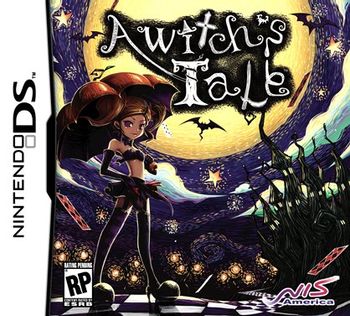 A Witch's Tale is an RPG video game developed by Hitmaker and published by Nippon Ichi for the Nintendo DS in 2009. The game revolves around a feisty witch-in-training, Liddell, who aspires to be the greatest witch in the world. After entering a mysterious castle and opening a Tome of Eldritch Lore, Liddell releases the Eld Witch, an evil being who was sealed away by Queen Alice thousands of years ago.

The castle's owner, the narcoleptic, tomato-eating vampire Loue, tells her that she must take responsibility for her actions and work to save the lands she put in peril. While at first resistant, Liddell agrees, and they go to save the land's princesses.

Not to be confused with the 2010 DS game Witch's Wish, a much lighter game that also features a witch-in-training and Geometric Magic.