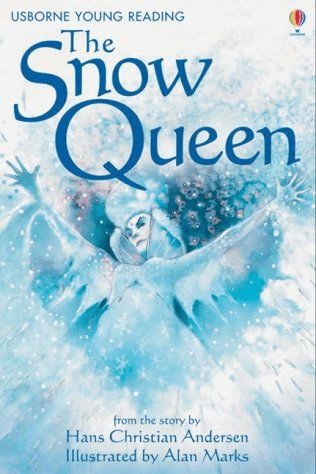 "The snow glows white on the mountain tonight,
Not a footprint to be seen.
A kingdom of isolation,
And it looks like I'm the queen."
— Elsa, "Let It Go", from Frozen (2013)
Advertisement:

In fiction, there are a lot of upperclass characters (royalty, nobility, and otherwise wealthy people) who have a visual aesthetic that evokes snow, ice, and winter.

The most basic reason is that these people often live or rule somewhere cold, and thus dress to fit the part. Because of how snow and ice are most commonly colored, they will have a primarily pale blue and white color scheme, with lots of accoutrements that say both "cold" and "rich", such as appropriately colored gems like sapphires and diamonds, a Pimped-Out Dress, and rich furs.

Visually, there is a lot to connect the cold with being upperclass. Ice crystals and snowflakes can evoke sparkly, glittery things like gemstones and jewelry, while clean white snow can bring expensive and pristine white items to mind. Anyone who lives in a cold region will often wear a lot of furs, which are also associated with wealth and glamour. These characters also incorporate historical attributes of the wealthy and high-ranked: they are often pale due to the climate (a fair complexion indicated that one did not have to labor in the sun) and wear the color blue.

Winter Royal Ladies often draw heavily from the titular character of The Snow Queen, a regal woman who rules over snow creatures in the permafrost. Expect them to have a similar ice-themed title, like "The Ice Princess", to emphasize this reference, and to have a suitably frosty personality as well. Because of The Snow Queen, how ice has connotations of distance, danger, and mystery, how water itself is associated with womanhood, and how blue and white are associated with femininity, this trope skews female, although male examples exist.

Being a Winter Royal Lady with some sort of domain/control over ice and snow is common in fantasy settings; more extreme examples may also be the Anthropomorphic Personification of winter or similar. They may have an Ice Palace to match.

Compare Yuki Onna and Jack Frost, winter mythical figures who may be portrayed this way. See also Ethereal White Dress and Virgin in a White Dress, for characters with a similar visual scheme but very different connotations. May have some overlap with Tragic Ice Character.