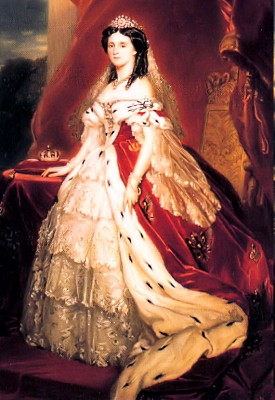 Princess Augusta of Saxe-Weimar-Eisenach, the future first Empress of the German Empire.** this portrait was from when her husband was crowned King of Prussia
Advertisement:

Tropes about royals, aristocrats, and monarchy.