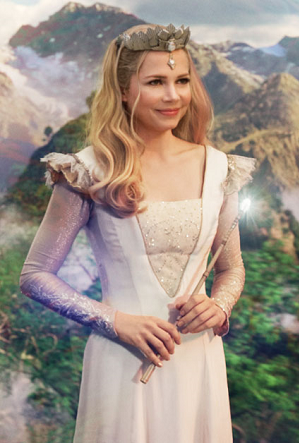 When a sorcerer gains enough knowledge of magic, Alchemy, Elemental Powers, or the innermost workings of magic, he may use his powers to Take Over the World. This is not that trope.

The Benevolent Mage Ruler is a fair and just ruler. This type of sorcerer king (or queen) will usually rule over Fantasy settings. Often in charge of one of two warring factions; his kingdom and an evil empire.

This sometimes overlaps with Emperor Scientist, especially where Clarke's Third Law, Alchemy Is Magic, and/or Magitek is in this setting. But this trope is different as while the Emperor Scientist focuses on the sciences (and is usually evil or Mad), this character type is more in tune with the art of magic (and is usually good). This also overlaps with The Philosopher King, The Good King, The High Queen, The Woman Wearing the Queenly Mask, Princesses Rule and She Is the King.

Compare Emperor Scientist and Magocracy, the sci-fi and Vast Bureaucracy counterparts, and Authority Equals Asskicking or Asskicking Equals Authority depending on how he became King or Queen in the first place. Contrast Sorcerous Overlord.