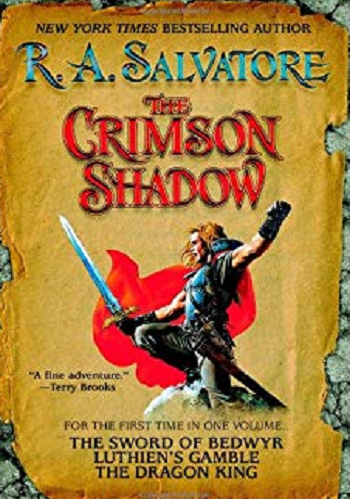 The Crimson Shadow is a fantasy book series by author R.A. Salvatore. Sword of Bedwyr was published in 1994, followed by Luthien's Gamble and The Dragon King (1996).
Advertisement:

In these novels, Luthien, heir to the island of Bedwydrin, departs from home after the tragic death of his friend and soon takes up with the swashbuckling Oliver deBurrows. They form a successful team of thieves, but soon turn their attentions to fighting the injustices around them...