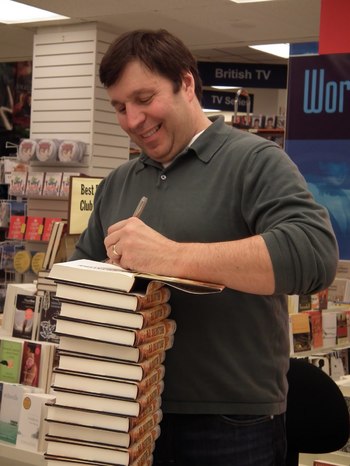 Salvatore at a 2010 book signing

Though known mainly for his licensed fiction and particularly as the creator of the Forgotten Realms character Drizzt Do'Urden, Salvatore also has a large library of original works to his name. Initially majoring in computer science, he changed his major to journalism after reading The Lord of the Rings. He published his first novel, The Crystal Shard, in 1988.

He is a big guy, and before becoming a full-time writer, he worked as a bouncer. He credits some of the way he writes fight scenes to this job.

Works by R.A. Salvatore with pages on this wiki:

Other works by Salvatore: