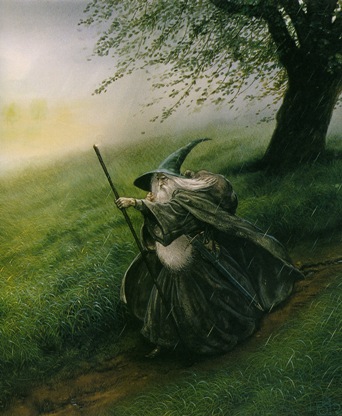 Always arrives precisely when he means to.
Advertisement:

While the term wizard itself is often applied as a catch-all word for magic users in fiction, the image of the classic mage, as it has evolved out of Western traditions and folklore, has a number of distinct trappings and tropes. In short, this is the character most people think of when they hear the word "Wizard". Compare/contrast with Absent-Minded Professor.

Wizards can be of good or evil alignment, but when they do turn evil, it's common for them to have a different term to denote this, such as Sorcerer or Warlock, although other times, those terms are interchangeable or denote different types of magic-users. It's common for a Wizard Classic to be contrasted with a Wicked Witch in works where they are significantly different types of magic users and not gendered titles.

A Classic Wizard is not always a Squishy Wizard, but it's common. The same with a Kung-Fu Wizard. See also The Archmage. Compare Gentleman Wizard, contrast Blue-Collar Warlock. See also Witch Classic, which is in many ways the Distaff Counterpart. Compare Grandpa God, which shares many of the aesthetic elements of the Wizard Classic.