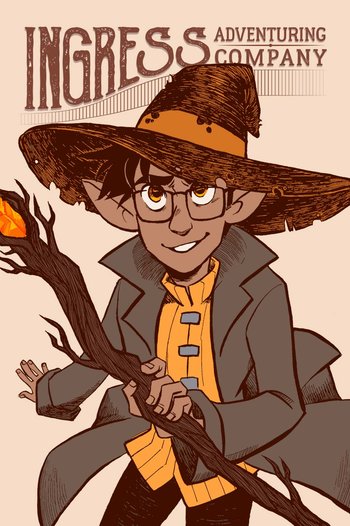 is a fantasy adventure webcomic written by Kay Rossbach. The comic is about a wizard professor named Toivo Kissa, who runs a one-man adventuring party. He is joined by a rotating cast of characters, including his irritable daughter, Rosemary, and the intimidating secretary, Jessica. Each chapter is episodic and follows a monster of the week format.