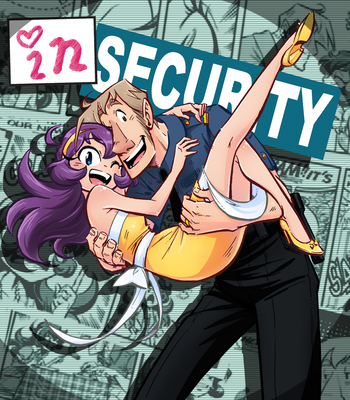 The Funny of Love. note Pictured: Sedine and Sam.
Advertisement:

InSecurity is a Newspaper Comic Strip created by Bea R. and it premiered on Jan. 02, 2017.

It concerns two newlyweds, Sam and Sedine Kilgarriff, who live in the suburban town of Knightville, North Dakota and the situations they find themselves in due to their differing personalities. Sam is a rather laid back sort while Sedine has a more outrageous personality.

Think Barefoot in the Park meets Calvin and Hobbes.

This strip has NOTHING to do with the TV series with the similar name.

The strip can be found here

It is also found here.

Now has a Wiki. Check it here.

This strip contains the following tropes: