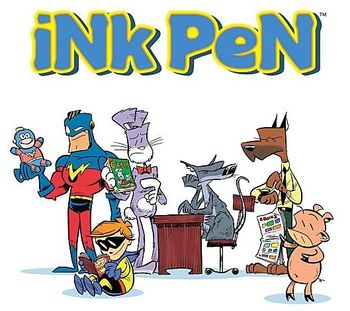 Created by Phil Dunlap in 2005 before closing up shop in 2012, though Word of God stays it will continue in some form. Ink Pen is a Newspaper Comic about a temp agency for Animated Actors.

The strip is quite savvy, often poking fun at cliches and tropes found in cartoons and comic books as well as broad culture itself.