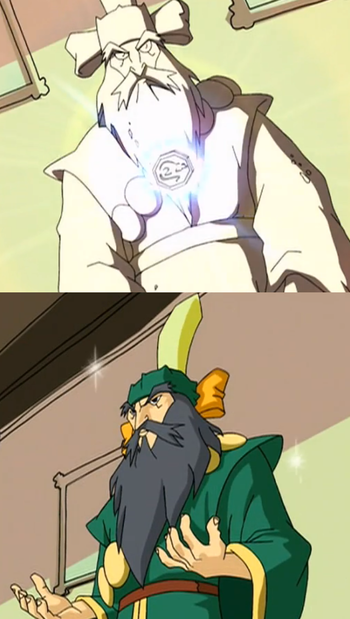 From solid stone, to flesh and blood, thanks to the rat talisman.
There must have been some magic in the old silk hat they found.
For when they put in on his head, he began to dance around.
— Frosty the Snowman
Advertisement:

This particular brand of Ancient Artifact (brought to you by Trope Co.) has the power to give life.

There are a number of ways on how this works:

Since corpses could count as inanimate objects, these artifacts could be used as a tool for Necromancy. If the user is already living, it could act as an Immortality Inducer, prolonging their souls's tether long after when they should have died. If the object is animate but otherwise non-sentient like a robot or a golem, that the Artifact will compel it to develop a will of its own and to start questioning its existence. At best you'll make a new friend, at worst it will turn on its creators in existential rage.