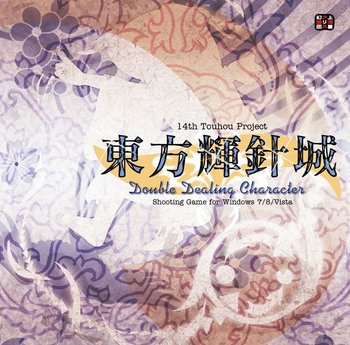 Deal with it.
Advertisement:

Minor youkai are becoming aggressive for no clear reason. At the same time human tools are coming to life, including the weapons of Reimu Hakurei, Marisa Kirisame and Sakuya Izayoi. Suspecting a connection between these incidents, they set out to figure out what's going on.

The game features the updated Item Get auto-collection mechanic. When you auto-collect, either by passing the Item Getting Border Line, using a bomb, or reaching/defeating a boss, you will get bonus points and life/bomb pieces based on how many power and point items are auto-collected within a certain window of timing.

(in Japanese). It is notable for being the first game to be released internationally and in a digital format (alongside the usual physical format), on Playism