Webcomic / I HATE YOU 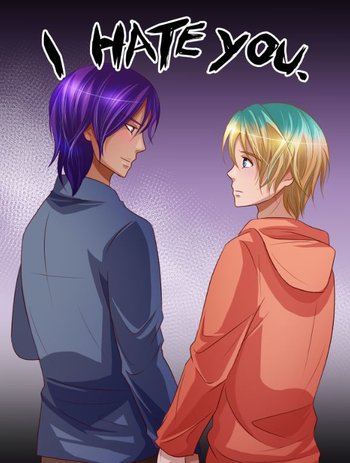 I Hate You is a Webcomic created by Lucazu. It can be read on Tapas

There are bad decisions then there's horrible decisions, but to sign a contract while drunk is one of the worst you can make. Momo learned that the hard way thanks to his roommate, Kurokawa.

What will happen when the contract ends? Sometimes revenge is as sweet as love, and sometimes there's a lot behind a simple "I hate you."

Will Momo's feelings change as he learns more about his supposed enemy?