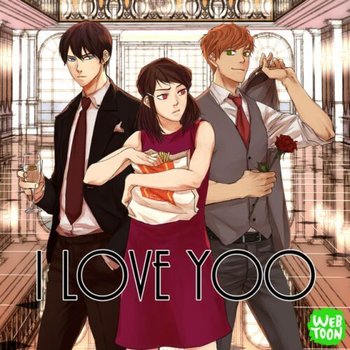 I Love Yoo is a webtoon by Quimchee.
Advertisement:

Shin-Ae Yoo has had an unfortunate childhood. Her family being torn apart by divorce, combined with suffering constant bullying and harassment from her peers at school has turned her into an introverted, sarcastic 17-year-old who professes no interest in dating or romance.

One day, after rejecting a Love Confession, she's being treated to a meal by her friends, when the guy she rejected and his buddies enter the restaurant. When they start insulting her and her friends, she throws a drink at them... and hits the ginger-headed boy that was trying to stick up for her instead. And who is now intrigued.

This is the start of her life becoming crazy, and — just maybe — her coming out of her shell.

Currently one of the most popular series on Line Webtoon

, I Love Yoo has garnered a large following since its debut, with fans praising its likable main cast and balance of romance, humor, and drama.